The SME with the highest innovation capacity in Europe is Sparsity, a 5-year old spin-off from the Polytechnic University of Catalonia, according to European Commission’s first Innovation Radar Report, published by the Joint Research Centre.

The report is based on a statistical evaluation of 10.6 per cent of ICT projects funded under Framework Programme 7 and the Competitiveness and Innovation Programme, with the aim of identifying innovations with high potential and the key innovators behind them.

The report is a first step by the Commission to proving the value of spending money on research and innovation programmes in delivering impact in terms of economic growth and job creation. This has become a political necessity since Jean-Claude Juncker took over the reins of the European Commission.

Between May 2014 and January 2015, the Commission reviewed 279 ICT projects, which had resulted in a total of 517 innovations, delivered by 544 organisations in 291 European cities. Of these, Barcelona-based Sparsity leads the top 10 SME innovators in ICT, playing a key role in developing two innovations in online graph database management.

Top 10 SMEs and their innovations

To provide accurate measurements, the authors devised the Innovation Capacity Indicator (ICI), which measures both the ability of the innovator company and the quality of the environment in which it operates.

The organisation with the highest ICI score is Cambridge University, directly followed by Fraunhofer Gesellschaft. The German research organisation, which has 67 institutes spread throughout Germany was identified as a key organisation in 5 per cent of all identified innovations.

Key findings of the report 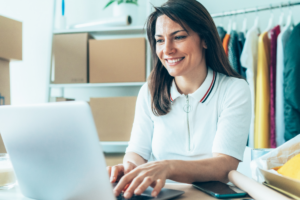 Eerder berichtten wij u al over wijzigingen in de BAR